Hogs Back Brewery calls for customers to support their local 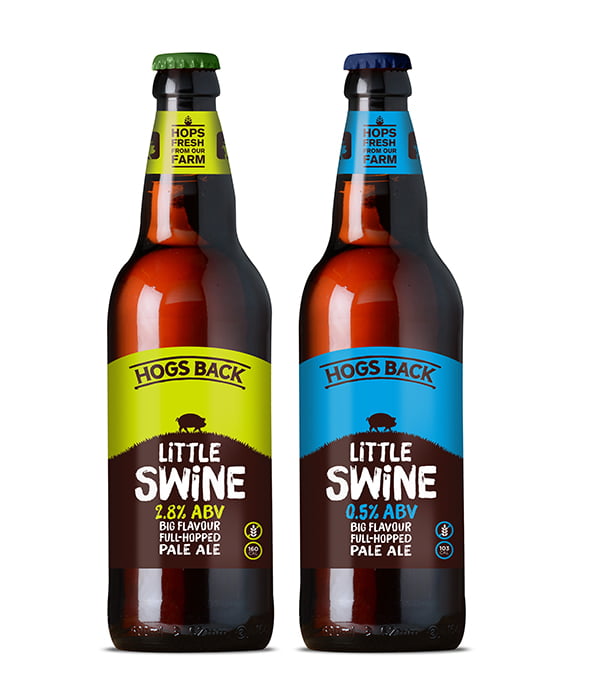 POS on Tongham TEA pump clips will invite customers to “Support Your Local, Go TEA Total” by enjoying a pint of their favourite ale, repeating the successful, and slightly tongue-in-cheek, January campaign from previous years.

Hogs Back Brewery managing director Rupert Thompson said: “We know that this month is going to be a challenge for pubs, with worries about the high cost-of-living combining with the usual new year’s resolutions to cut back.

“So, we’re helping them appeal both to customers wanting to beat the January blues with a flavourful pint of Tongham TEA, and to the increasing number of consumers with a thirst for beers with full taste but lower strength, which peaks this month.”

Little Swine 0.5% is a full-bodied, flavourful pale ale, brewed with four speciality malts and three hop varieties including aromatic Cascade from Hogs Back’s own hop garden and dry hopped with Mosaic for a robust citrus finish.  The result is a crisp, smooth, well-balanced beer.

Thompson adds: “The distinct branding for both the new 0.5% beer and existing 2.8% create a Little Swine family which is clearly part of the Hogs Back portfolio. This means that drinkers will trust the beers to deliver great taste while also being produced in keeping with our ethos of brewing sustainably and using local ingredients. Little Swine is brewed with our own home-grown hops and so has a lower carbon footprint – from field to firkin in a furlong, as we like to say.

“Currently, pubs mainly offer low and no alcohol versions of global beer brands, and we believe many consumers will welcome the option to support local brewers producing great-tasting no and low alcohol beers. We’re encouraging pubs to broaden their low and no  range during January and stock a local brand, to help customers show their support for local brewers.

“The method we use to brew low and no alcohol beers* leaves more of the hop character in the brew as well as retaining a fuller, more complete mouth feel. It’s lower-tech and less interventionist than mass-produced low and no beers, and we think consumers will appreciate this more natural approach.”

Both the 0.5% and 2.8% beers are gluten free, which is clearly communicated on labels alongside the beers’ calorie content.

Little Swine 0.5% bottles mirror the design for the 2.8% beer, with a blue label replacing the green.   The iconic Hogs Back hog has been reduced in size to reflect the beer’s name and the neck label declares ‘Hops Fresh From Our Farm’, clearly communicating the beer’s unique provenance. Hogs Back will be supporting on-trade stockists with POS comprising large cut-outs of the bottle.