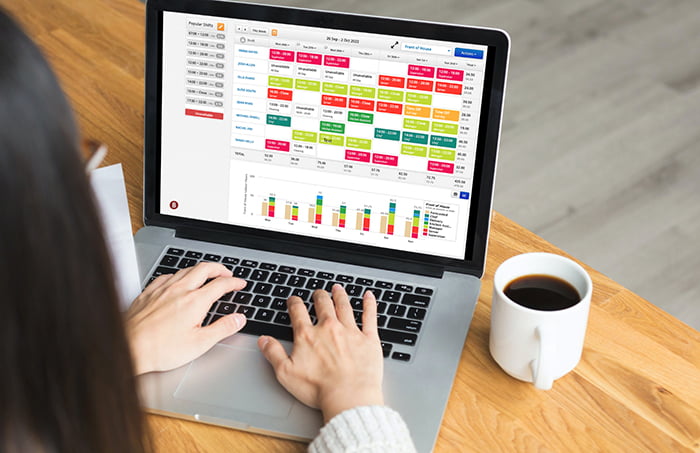 More than half of businesses report that Christmas and New Year trading was as strong as they’d hoped, as consumers came out to eat and drink with family and friends, with the data confirming that many operators asked employees to put in longer shifts.

“The recruitment challenge continues to be a key concern for hospitality employers,” says Bizimply chief executive Conor Shaw. “The real-time data from employees checking in and out of work shows that the hours worked by employees increased significantly across Christmas and the New Year.

“However, employers are also very aware that in the longer term, especially as the economy start to recover, they will need to recruit new employees to expand their existing teams.

“Almost a third of employers have told us they expect no improvement in the problems of recruiting front-of-house staff in the year ahead, rising to almost two-thirds who expect to see no improvement when it comes to recruiting kitchen staff.”

Bizimply analysed customer data from hundreds of its hospitality customers in the UK and Ireland, equating to thousands of outlets and tens of thousands of employees, across all sectors of the hospitality industry including pubs, bars, restaurants, hotels, cafés and fast food outlets.

Shaw adds: “The concern for employers now is that recruitment problems will put the brakes on any recovery. Although consumers are understandably cautious, there is already evidence that hospitality businesses are increasing employee numbers and hours.

“Those businesses using effective workforce management software to schedule and employees and manage availability, freeing up managers to lead their teams, will be best place to respond quickly to any upturn in consumer sentiment.”

Bizimply estimates GMs can spend up to six hours a week creating a staff rota using Excel or similar. Equipping them with the right software to produce rotas and payroll quickly gives this time back. Making the task of drawing up rotas simple means it’s done in good time, enabling staff to be given plenty of notice of shifts.