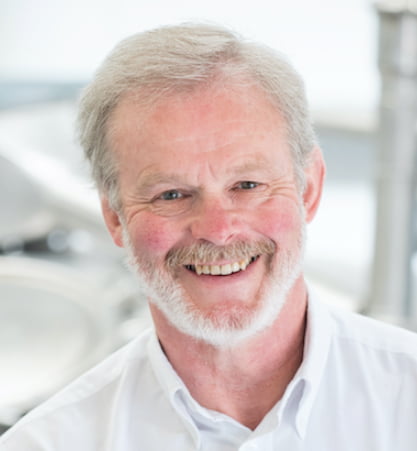 Hepworth & Company has unveiled a major programme of investment in its Sussex brewery, including the installation of a new 30,000 cans/per hour capacity canning line and a number of environmental measures which will help the brewer reach its 85% carbon neutral target by 2025.

The investment programme will be led by brewery founder and Managing Director Andy Hepworth, who is stepping down from day-to-day operations to become Chairman, guiding new projects. Ed Wray, who has been with Hepworth’s for three years as assistant head brewer, moves up to the head brewer role.

The canning line, which is scheduled to go live in August this year, will enable Hepworth’s to launch new beers specifically for the craft can sector later this year, complementing its existing range of cask, keg, and bottled beers. They will also offer a quality canning service to other brewers, to make use of the significant capacity offered by the new line.

Andy Hepworth said: “Our limited experience of canning beers has been something of a mixed bag, which most brewers who have explored canning will relate to – so many brewers we have spoken to have a horror story to tell about outsourced canning.

“Given our many years of successful contract bottling, the logical move was to bring canning in house, which gives us complete control over the quality of our canned beers and means we can go to our contract customers with a new service.

“The thirst for canned beers looks set to continue growing so we’re confident there will be demand from brewers who know Hepworth’s as a trusted contractor.”

Hepworth’s has big plans to continue blazing a trail for sustainable brewing, most immediately with a CO2 reclaim project set to be installed in autumn 2022.

This follows a string of sustainability measures implemented by Hepworth’s since opening its purpose-built brewery near Horsham, West Sussex, in 2016. In 2019, Hepworth’s created the world’s first beer source heat pump, using the heat from fermenting beer to heat the boiler that starts the brewing process. The brewery also reconditions wastewater through reed beds, purifies waste in an anaerobic digester and uses heat from beer chillers to heat the brewery offices and visitor centre.

Hepworth says: “Sustainability has driven the way we do business at Hepworth’s since the start. We have always looked to source our barley and hops locally, to minimise our food miles, and since moving to our current site we have put in place a number of measures to make us an increasingly sustainable business.

“By any measure, we are now one of the most sustainable brewers in the UK, but we are continuing to look for new ways to reduce our carbon footprint even further. We are aiming for 85% carbon neutral status by 2025 – 100% is simply not achievable within that time frame, but we will get there.

“I am personally excited about becoming the company’s full-time sustainability champion and passing the day-to-day running of the brewing operation over to the very capable hands of Ed.”