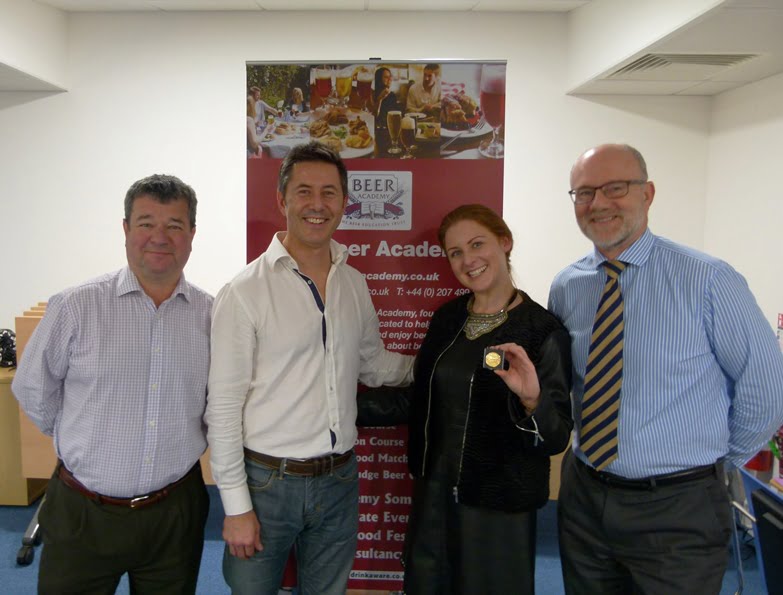 Linda Sheehan of Barry Group in Ireland became the 100th Beer Sommelier after passing the final stage of the assessment at the Beer Academy offices in London earlier this month. Two other candidates, from the UK and Lithuania, successfully completed their Beer Academy accreditation on the same day.